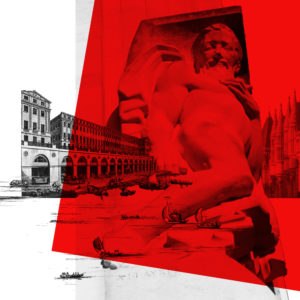 Clinging to the banks of the Thames between the historic hubs of the City and Westminster, lies London’s teeming Middle City. Settled first by the Saxons in the 7th and 8th centuries this great third place was known as Lundenwic and by the middle ages it was at the heart of aristocratic life on the river, home to the great waterside palaces of Medieval and later Tudor England’s richest merchants, courtiers and noblemen. From watergates, palaces and hotels to medieval cloisters, churches and Parisian boulevards, this walk explores the multifarious landscape of the northern shore between Charing Cross and St Brides to reveal London’s great Middle City through its best kept architectural secrets and spectacular sleeping giants.
DEPARTS – Villiers Street side of Embankment tube station. 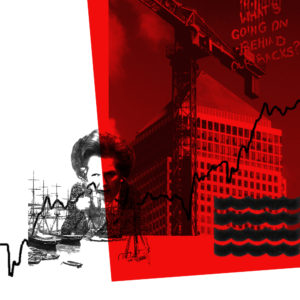 In the 1980s London’s great new opportunity was the East End. In Thatcher’s free market city, Docklands was there for the taking. Over 30 years later what was once the centre of London’s mighty 19th century port is one of the most important financial hubs in the world – a quayside fragment of Wall Street with all the North American brashness and architectural chutzpah to match. From marine relics and wharves to beaux arts arcades, post-modern icons and high-tech underworlds, this walk charts the making of this icon of urban planning, exploring the politics, business deals and various waves of boom and bust that have marked its spectacular creation.
DEPARTS – Entrance to the Thames Walk at Dunbar Wharf, Narrow Street. 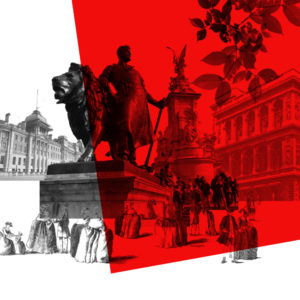 Of all of London’s green spaces, St James’s is its most stately. Flanked by the great buildings of Whitehall and a suite of royal palaces and monuments, this one time marsh was transformed in the 17th century into a formal European garden, then again in the 19th century as a romantic landscape of meandering walks and hills and again recast as part of the great urban stagecraft and story board of the British Empire. In this walk, The London Ambler traverses the stately green, to reveal the architecture, pomp and circumstance of nationhood. From great avenues and arches to allusionary statuary and pallazo, it charts the transformation of this celebrated and loaded landscape throughs its best buildings and public spaces.
DEPARTS – St James’s Park Tube station (North exit, onto Petty France) 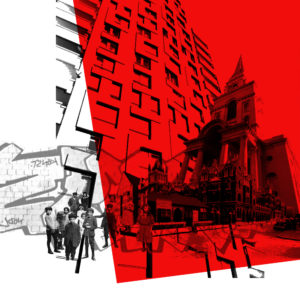 One of the city’s fastest growing and rapidly changing areas, East London has for centuries been the engine room, shop floor and clearing house of the capital with its streets and buildings bearing witness to the shocks, pains and struggles of massive change. Before the tech, coffee and the hipsters – merchants, labourers, refugees, reformers and the desperate shaped its life and each of these groups have left their mark on its tumultuous landscape. From lost markets, model dwellings and modernism to railways, warehouses and world firsts, this walk explores the streets and spaces of Hoxton, Shoreditch and Spitalfields revealing the landmarks in the making of East London.
DEPARTS – Old Street station (Exit 1 Old Street east – North side) 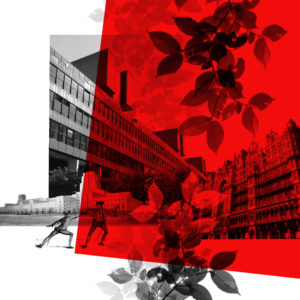 Long associated as a place of artists, bohemians and scholars, Bloomsbury is a neighbourhood alive with architecture and abundant with green. Laid out first in the 17th century with aristocratic mansions, it leapt northwards in the 1800s with a sequence of new streets, grand terraces and leafy squares to create one of London’s greenest urban grids that in the 20th century became the frontline of some of architecture’s most intense battles. In this walk, The London Ambler ‘square hops’ the grid to reveal a network of grand and intimate green spaces that today incubates some of the capital’s greatest buildings, radical moves and long standing controversies!
DEPARTS – From centre of Bloomsbury Square Gardens 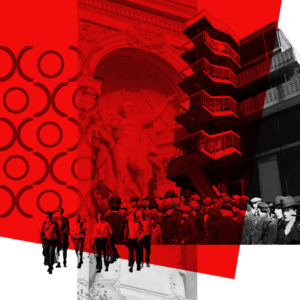 Around the border of every town lies its Edgeland. Described in the 19th century by novelist Victor Hugo as ’bastard’ places, they are places that straddle worlds and spatial traditions. London’s core maintains numerous edge conditions and to traverse its heart is to journey across distinct communities, ambiences and built environments. Skirting the ancient borders of the City of London, this walk explores the liminal buildings, streets and spaces that have grown up in the shadow of the financial heart. Following a route defined first by the Romans two millennia ago, it explores the contemporary ‘City fringe’ to reveal a fertile hinterland of medieval suburbs and sanctuaries, victorian warehouses and railways, modernist utopias and new 21st century commercial leviathans!
DEPARTS – Inside Trinity Square gardens, near Tower Hill Underground Station 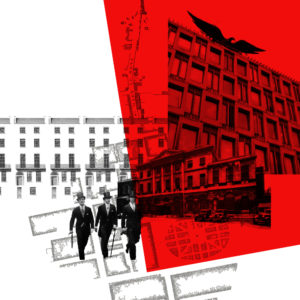 Marylebone and Mayfair are among London’s most exclusive neighbourhoods. Originally developed for England’s nobility in the 17th and 18th centuries, their smart terraces and squares are the outcome of waves of speculation and renewal by The Great Estates – the city’s aristocratic land owners. Yet beside these genteel enclaves once stood notorious hinterlands and slums. Retracing the landscape defined by the River Tyburn, this walk reveals the highs and lows of the West End’s smartest districts. From workhouses, tenements, burial grounds to batchelor flats, lost mansions, Lords and Ladies it revels in the contrasts and overlooked architectural stories along one of London’s great hidden riverscapes.
DEPARTS – Front of St Marylebone Parish Church, facing Marylebone Road. 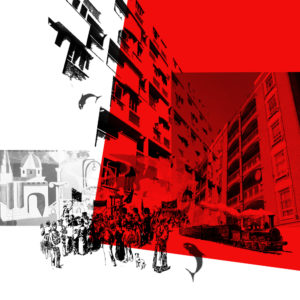 Weaving a route from Highgate to the Thames, The River Fleet is one of London’s most celebrated yet notorious water courses. Long buried in a network of sewers and pipes, the Fleet has been both life source and life taker carving out a landscape of urban hills, ditches, slums and warehouses that in the 19th century became the epicentre for commercial speculators, railway pioneers, reformers and the revolutionary political agitators of the 19th and early 20th century city. From hidden viaducts and railway monuments to model dwellings, Grecian villas and constructivism, this walk treads the quaggy banks and oozy wells of the Fleet Valley to chart the architecture and buildings of London’s most radical of arteries.
DEPARTS – Outside the front of Kings Cross mainline station in square. Please note; steps and hills. 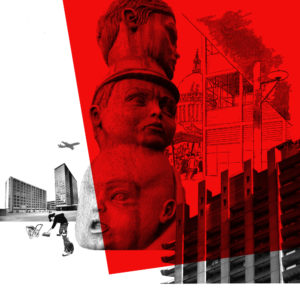 After the Second World War, London looked to the future. Recovering from the destruction of the blitz and seeking to banish the decrepid Victorian city, in the 1950s and 60s it embraced modernism and embarked on a great project of architectural reinvention. Taking the best ideas from Europe and its native sons, while also trying to keep pace with America, the Square Mile remade itself through new landscapes for a confident new age. From modernist icons and brutalist skyscrapers to aerial walkways and bogus roadways and curious underpasses, this walk pulls together the fragments of the City’s once bold future to chart the architecture, buildings and remnants of what was and what might’ve been.
DEPARTS – Outside Blackfriars Underground Station. 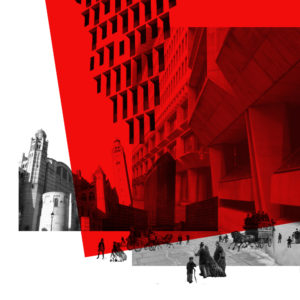 Dominated by the state frenzy of nearby Westminster, Victoria is a district rich with history and unique architectural traditions, yet rarely does it make it into the pages of most London guides. Once a notorious outlying marsh at the city’s fringe, it boomed in the 19th century with monuments to Victorian London’s thursting modernity, while in the 20th century it tore itself to pieces seeking to relaunch and rebrand for a new era, In this walk, The London Ambler looks beyond the postcard moments of the Abbey and Parliament to reveal a diverse landscape of byzantine and classical towers, Italianate town houses, multi-leveled tenements, mansion blocks and modernist townscapes.
DEPARTS – Outside the church of St James the Less on Vauxhall Bridge Road. 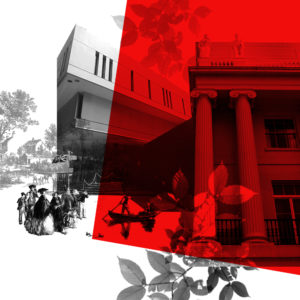 The Regent’s Park is one of London’s finest public spaces. Created by John Nash in the early 19th Century it is credited as the city’s first garden suburb. In its creation, Nash obsessively reworked plans to conjure a landscape, where stately villas, palatial terraces, rolling hills and curious monuments all play a role in conjuring scenes of delight. Yet behind the stucco, it was a venture into the Regency housing market marked by bitter arguements, nepotism, fudge and compromise.From illusions of Versailles, to incarnations of ancient Greece and modernism, this walk explores the artfully spun fictions and show stoppers of the park through the story of its making, its best buildings, finest views and greatest dramas!
DEPARTS – Departs Regent’s Park Tube Station